The Michael E. Horn Family Foundation Board and Staff

Mike Horn is on the board of CB-Holdings, Inc. and served as past President of Horn Industrial Services. He is one of Owensboro’s most prominent business leaders. Mike is a graduate of Trinity High School in Whitesville, Kentucky, attended St. Bernard’s College in Cullman, Alabama and Kentucky Wesleyan College in Owensboro. Mike was awarded the Degree of Doctor of Law from Kentucky Wesleyan College.Mike began his career very early in life. Raised on a farm in Whitesville, Mike grew up learning how to create and repair. He contributes his success to strong family ethics instilled in him growing up and an overwhelming drive for safety, integrity and pride.Mike and Paula (his wife) have always believed that generosity is like love-the more you give away the more that comes back to you. In 2007, they created the Michael E. Horn Family Foundation as a legacy for his children, Drew and Kayla, to carry on their giving spirit. The foundation is devoted to keeping the youth of our community active and involved, and is dedicated to opportunities for education and to promote the physical, mental, and spiritual well being of our community. Mike and his family generosity is a beacon of faith and family values that will carry on for generations to come.

Michael Andrew, who goes by Drew, is the son of Mike and Paula. He graduated from the Maximilian Montessori Academy. After, Drew joined his father at Titan Contracting for many years. Drew is a technology driven man, with a loving heart. He cares for the well-being of the students at local private schools as well as many other needs in our community.

Kayla is the daughter of Mike and Paula. She graduated from Western Kentucky University with a degree in Broadcasting. She returned to Owensboro where she ran her own wedding videography business for a couple years before falling in love with the work of her family’s foundation. She serves in her local church’s youth ministry alongside her husband Addison Walker.

Kathryn has served as Executive Director and board member since the foundation was formed in November of 2007. She is a graduate of Western Kentucky University School of Nursing. She has had many years of experience in community health and served as School Health Coordinator for the Owensboro Catholic School Systems through Owensboro Mercy Health. Kathryn grew up in Owensboro and when Mr. Horn started the foundation she was excited to start on a new path she feels God has called her to. Kathryn sees her work as a vocation and is committed to serving the people through the foundation.

Jenny is the niece of Mike. Jenny grew up and resides in Daviess County. Jenny graduated from Brescia University with a Bachelor of Social Work. She went on to graduate with her Masters in Science of Social Work from the University of Louisville. Jenny has worked in the social work field since obtaining her undergraduate degree. 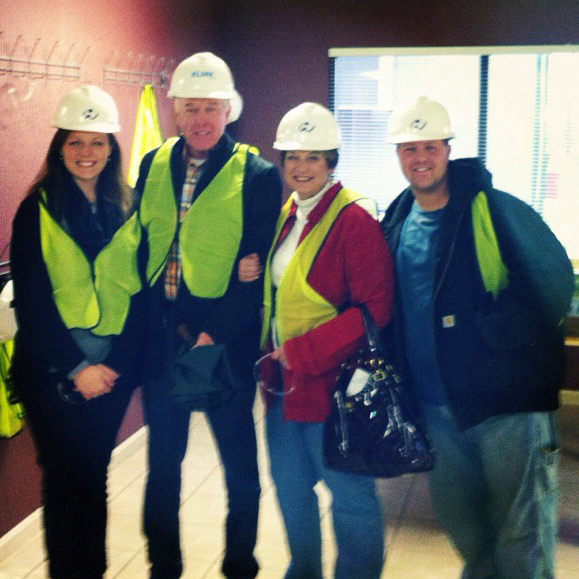